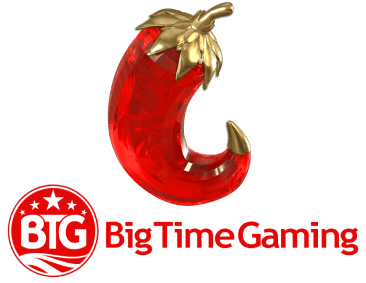 The Big Time Gaming team consists of industry thought leaders with an extensive history of innovation in online gaming. Nik Robinson CEO has been among the best in the industry since 1996 when he founded New Tech Media, which was sold to News Corp and merged with Orbis to become Openbet. Huw McIntosh CTO has an impressive career history, especially in the gaming industry, working with New Tech Media and Openbet for more than 18 years, gaining significant experience. Ian Schmidt joined Big Time Gaming's team after gaining significant experience as a creative director at Rock Star Games.
It has a wide range of games such as Survıvor Megaways, Royal Mınt Megaways, Milioonaire Mystery Box, Lıl Devıl, Kingmaker Megaways, Monopoly Megaways, Star Clusters MegaClusters.

Big Time Gaming is an entertaining firm that creates high-end online casino games such as video slots with high volatility and excitement, as well as the renowned Megaways engine. Big Time Gaming is a global entertainment firm specializing in developing top-notch online casino games. The company has a long history of development in the online gaming industry. It was established in 2011, and its executive team has over 30 years of expertise in the online gaming industry.

Big Time Gaming is an Australian enterprise that was founded in 2011. Despite their tiny size, they have had a significant impact on the iGaming business, thanks to the release of their hugely successful Megaways game engine, which has now gotten licensed by many of their competitors.

Big Time Gaming has developed a cult following and holds a unique position in the gaming industry. Big Time Gaming is a terrific place to begin if you enjoy unique and highly imaginative online gambling games. Each version brings something fresh to the table, frequently in a new gameplay style. Big Time Gaming's developers are continually striving to create something new. Forget mass-production; this studio takes pride in being at the cutting edge.

Since its inception, the firm has been at the forefront of technology. They now compete with some of the world's biggest software development firms.

The headquarters of Big Time Gaming is in Sydney, Australia. They do, however, have multiple licenses from gaming regulators throughout the world, including the Alderney Gambling Control Commission, UK Gambling Commission, and Malta Gaming Authority, allowing them to operate globally.

Big Time Gaming was purchased by Evolution in 2021 for €450 million in Evolution shares and cash.

Big Time Gaming has hosted several high-profile online gambling events that have solidified its position as a market leader. The following are the key events:

Everything you need to know about Big Time Gaming Software!

Big Time Gaming is a privately held corporation run by Nik Robinson, CEO. The company's CTO is Huw McIntosh, and the Creative Director is Ian Schmidt. Big Time Gaming's annual income is estimated to be over $35 million.

Big Time Gaming prioritizes quality over numbers. Despite having been in the online gaming market for nearly ten years, the business has only a few titles to its credit.

They've made online blackjack and online roulette games, as well as a variety of tap card games like Dragon Born Tap Cards, Diamonds Tap Cards, and Feathered Frenzy Tap Cards, among others. However, video online slots are their primary focus.

At the moment, they have 34 online slot games in their portfolio, which are all of the most outstanding quality and get offered in 20 different languages. The firm is most known for its thrilling Megaways video slot series, but all of its games are distinguished by creativity and a wide selection of themes, guaranteeing that there is never a dull time.

Big Time Gaming offers an outstanding assortment of progressive jackpots, in addition to exceptional graphics, audio effects, and visual architecture of the slots. In addition to its current offering, the corporation has relationships with GTS, Openbet, and MGS and is constantly adding new games to its catalog.

Adding Big Time Gaming games to your online casino is simple and painless. The simplest option is to use our unified API, which allows you to access the whole Big Time Gaming business just by going through the integration procedure once.

You'll also gain access to over 100 other software suppliers who are live on our platform and have a total of over 10,000 games, all of which can be linked just as effortlessly and rapidly.

Big Time Gaming employs various technologies to develop its products to assure the highest level of quality and player engagement across all platforms, including HTML5, JS, and the most up-to-date graphics tools.

Furthermore, Big Time Gaming's design director has already worked on several complex titles for RockStar Games and is also one of the reasons why Big Time Gaming's online Casino games have such high-quality graphics and sound.

Big Time Gaming is the proud recipient of numerous awards, including the 2017 Casinomeister's Award for The Best iGaming Software Experience of 2017 for Bonanza (#1) and Danger High Voltage (#2).

Online Gaming on the go

Big Time Gaming can assure that all of their gaming is accessible across numerous devices, including desktop and notebook computers, Android and iOS smartphones, and tablets, using HTML5 while building their titles.

The technology allows online Casino games to scale and adapt to multiple screen sizes, giving the best experience whatever device you're using.

Big Time Gaming has a number of operating licenses that attest to the fairness of their games in terms of security and justice. The UK Gambling Commission, Alderney Gambling Control Commission, Malta Gaming Authority, British Columbia, and Gibraltar Regulatory Authority have all issued licenses to them.

A software supplier must pass multiple rigorous checks to receive a license for providing online casinos with their products, which is why these licenses serve as remarkable testaments to Big Time Gaming's integrity and security.

Moreover, you may trust VIPArabClub because it is a reliable source for betting and gambling. The most pleasing aspect is that they don't reveal the player's identity and keep everything completely confidential. It becomes difficult to trace the gamers, and their personal information and credentials are also protected.