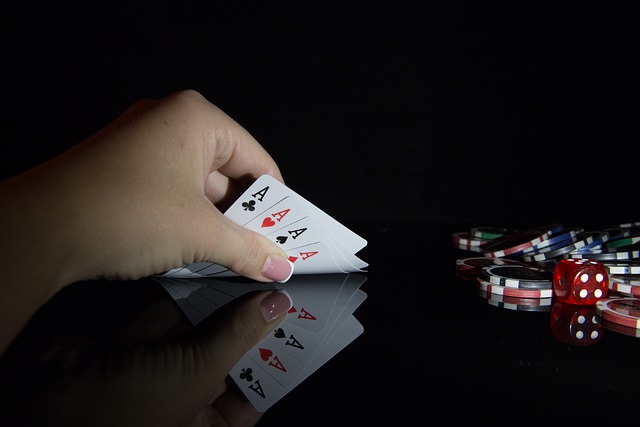 Blackjack is potentially one of the most popular online casino games in the world. The main aim of this game is for you to create a hand, whose point total is nearer to 21 than the banker’s hand but without going over.

The following guide goes into the basic rules of the standard online blackjack game as well as the house rules most commonly practised at online casinos. Remember that blackjack rules differ from one casino to another, so always check which variation you are playing.

The rules of blackjack

Below we explain the main rules of blackjack.

The standard 52-card pack is used but in many casinos, several decks of cards are mixed and shuffled together. In fact, the most popular version is the one entailing six decks (312 cards).

Objective of the game

Your aim is to beat the dealer by getting a count as close as possible to 21 without exceeding it.

An Ace is worth either 1 or 11 depending on your other card. Face cards are worth 10.

If your initial 2 cards are an ace and a 10, it gives you a total of 21 – This is known as a natural or blackjack. You automatically win unless the dealer has the same score.

Unless you have a blackjack, then there are a few options for which you must opt for. First, you must examine the two cards in your hand and the dealer’s face-up card before making one of the following decisions:

When to double down in blackjack

Considered as a ‘money’ move in blackjack, the option to double down can lead to making twice as much profit, at the click of a button. While we call it ‘doubling down’, dealers refer to it as ‘reaching deep’.

To win at blackjack means to take each available opportunity that the game presents you and use it to your advantage. When you double down, you get to double your original bet in exchange for a single card.

Plenty of online and mobile casinos let you double down on any two cards, while others can limit you to hands that total to 10 or 11. Others go as far as to allow you to double down after splitting a pair.

Double down and the house edge

In a game of blackjack with 8 decks of cards, where you can double down on just about anything, the house edge stands at just over 0.05%. Depending on the rules of the game, doubling can either increase or decrease the house edge as follows:

Double downs after splitting decreases the house edge between 0.13% and -0.42%

You need to determine when to double down based on basic mathematics of the game. Doubling down is usually quite favorable when you’re almost certain that you are going to beat the dealer. This is usually when the dealer has a weak up card, such as the times when he has an up card between 2 and 6.

When the dealer does hit, they are more likely to bust with 2, 3, 4, 5 and 6 showing as an up card so your double down is bound to be successful. There are other scenarios, where doubling down with a 10 against the dealer’s 9, or 11 against a dealer’s 10 which lead to a win.

Some blackjack beginners might hesitate to try this out. However, you are likely to earn more by doubling down, rather than just hitting as you’re placing large bets.

Some players might be wary of doubling down, as they are worried about losing more money. If your bet size makes you anxious, then you are playing at a blackjack table that accepts higher bets than you can afford to.

As mentioned earlier, casinos let you double down for less than your original bet, provided you have met the table minimum. This doesn’t work in your favor. You should only double in advantageous situations where it is more profitable for you.

Some players also opt not to double when they have two 5’s against a dealer’s 5 or 6. Instead, they split them and play cards as separate hands. This is also not advised. As tempting as it may be, to split two 5’s, the general rule you should be keeping in mind is to treat them as a 10 and double.

When you are holding a 9, it would be best to examine the dealer’s up card, as this will give you a good insight into what move you should make.  You should consider doubling down a 9, when the dealer is holding a 2,3, 4, 5 or 6.

Doubling down is a fantastic strategy, but you need to distinguish legitimate opportunities, as they are not as common as one might think. Make bad choices and you are bound to lose. Learn the game, so you are able to choose more wisely and to come out ahead as a winner.

When to split pairs

The option to split your cards can play an important role in winning, as well as lowering house edge. To achieve long-term success, you need to understand the advantages and disadvantages, as well as recognizing the opportunities to split.

Splitting can be explained as the actual dividing of a hand into two separate ones, upon being dealt a matching pair at the blackjack table.  You can only split a hand if you have been dealt two cards of the same value. For example, if you have received two Fours, two Kinds or two Aces. Some blackjack variants allow you to also split non-matching face cards, since they are still valued at 10. So, in such a case, you would be allowed to split a King and a Queen.

When you are splitting a hand, you must also place a bet that is equal to the original bet to cover the second hand. Once this has been done, your matching cards will be separated into two hands. You are also dealt an additional card for each new hand.

You play each hand one at a time, just as you would if you had to bet on two rounds. Furthermore, you can opt to hit, stand, double down and split again (If the option is available).

Rules of splitting in blackjack

Many variants of blackjack let you double down on split hands, and to further split your hands if the opportunity becomes available. As mentioned earlier, however, there are some casinos that apply rules that restrict these options. The following are the most common rule variations:

If you split a pair of Aces, you can only be dealt an extra card and won’t have the option to hit, double down or split any further. You must, therefore, work with the cards dealt.

If you split a hand, you cannot split or double down further

If you are playing the normal standard game of blackjack, then regular rules state that you can split hands up to a maximum of three times, which means that you’re essentially playing 4 hands. Always check the rules of the game before you start playing to avoid any nasty surprises. Also, check that you have enough chips to cover the bets for any additional hands should you split further.

When you should split in blackjack

A common misconception for several blackjack players is that splitting can be applied to each matching pair of the same value. Like most blackjack moves, splitting should only be applied after careful consideration as well as the dealer’s up card.

For starters, Aces and 8s should always be split. When you split Aces, there is a massive change that you will get a hand value of 10 as your next card, since the odds lean towards you getting at least a 20.  Eights should also be split, since 16 is quite a weak hand when you stand on it. At the same time, if you hit, you are likely to bust.

You should never split pairs of 4s, 5s or 10. The reason being, that if you hit on 4s or 5s, you’re unlikely to bust. If you have a pair of 10s, you are always very close to winning, so there’s no point in splitting. If you get other pairs, you need to act based on the dealer’s up card.

Splitting a pair of 9s

If the dealer’s up card card is a 7, an Ace or any card with a value of 10 or less, then don’t split.  If the dealer doesn’t have any of these cards, the chances are that he has 18 or less, and you can proceed to split.

Splitting a pair of 7s

When it comes to a pair of 7s, it’s tricky since there is a chance that you’d bust if you hit on 14. If, on the other hand, you split them, 7s can be hard to build into something.  If the dealer has a card that is 8 or higher, then you should split, since they can win anyway with a card that is valued at 10 or an Ace.

Splitting a pair of 6s

Ideally, you shouldn’t split a pair of 6s. If the dealer has a 4, 5 or 6, you might as well go for it. Otherwise, if you hit while having 12, you have a very small chance of busting.

Splitting a pair of 2s or 3s

You can split these two without much to worry about, especially if the dealer’s up card is a 4, 5 or 6. It is vital that hitting on a hand of value 4 or 6, eliminates the chance of busting, so it might be best to hang onto the hand and hit instead.

When to split Aces and Eights

The rules for playing these two are quite straightforward. Basic strategy implies that you should always split these pairs, and there are reasons backing these up.

A pair of aces should be split since the total of these two cards is 12, and should you hit on a 12, there’s a good chance of going bust. Should you stand, there’s also the opportunity of coming short.

The most important reason is that when you split aces, there is a strong chance of receiving a 10-valued card on both of them. This would, in turn, give you a 21.

You should also be aware of the blackjack variant you are playing. In some casino games, when you split aces, you are only allowed to receive one additional card, so you’re unable to improve your hand should you need to.

A pair of eights should also be split every time according to basic strategy. Since the total of a pair of eights is 16, it’s never wise to stand, as this is one of the worse totals you can have in this game. When you split a pair of eights, you will receive a new card to each one, creating two separate hands.

You can then proceed to hit, stand, or even doubling down should you wish to. This is just the basic strategy on how to deal with pairs of aces and eights. It is one of the easiest rules to remember when playing blackjack.

Some players are hesitant on splitting their hands, only because they’re scared of placing an extra bet and losing both.

Don’t play on hunches. Have a plan in place and stick to it. Your plan should always follow basic rules. There will be other times when the dealer doesn’t have a 10 in the hole, but you have to stick to your guns and play accordingly.